The plan for rescuing of the precious crabs which live in Stržen, the main watercourse of Lake Cerknica, has been created! At the group meeting the representatives of Notranjski park made it together with the members of the Fishing family of Cerknica and with the experts from the national Fisheries Institute.

At the meeting we figured out every little detail for rescuing of the crabs.

Before the beginning of the renaturation, by which the Stržen watercourse’s river bed redirected into straight channel in the past, will be meandred again, the fishermen are going to carefully catch the crabs (also the fish, but we will discuss that plan next time). They will have to catch them out from the straightened river bed which will be filled up.

First, the fishermen will set the pots containing baits for the crabs, then they will gently take each of the pot out of the water and determine the caught crabs’ species – whether it is stone crayfish (Austropotamobius torrentium) or the European crayfish (Astacus astacus) – determine its sex and measure out its size.

We also call European crayfish the noble crayfish. It is not picky as far as food is concerned. It eats everything it can find, as long as the food is organic, of course. The European crayfish used to be very widespread and common in the rivers and the streams of Slovenia, it was hunted for everyday food and even for export. That changed when a water mold was brought in with an American species of crayfish introduced into the waters. The noble crayfish all over Europe caught the crayfish plague and got exctinct. After a few sequential epidemics the noble crayfish stayed preserved in only some isolated waters, and Lake Cerknica is one of them. 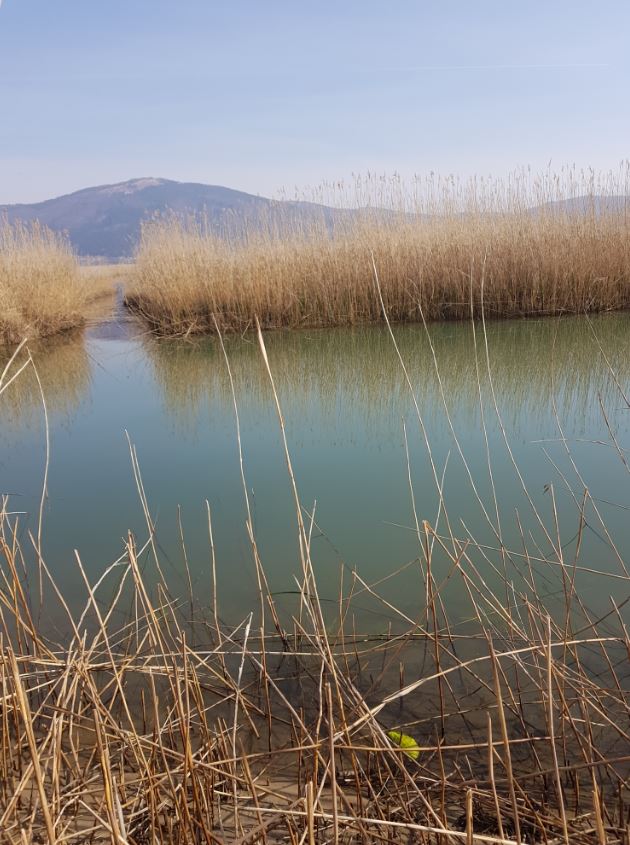 The renaturation area of Ključi

After the catching will be finished,  the fishing family will move the crabs into other parts of Stržen. And the circle of life will continue.